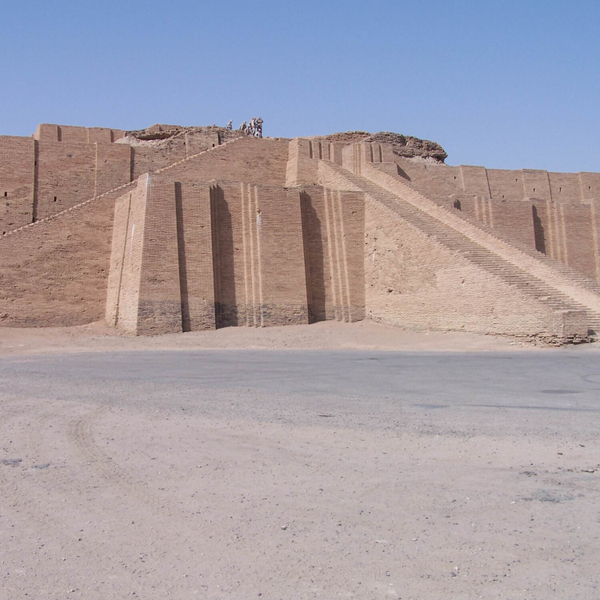 Mesopotamia is the ancient Greek name (meaning “the land between two rivers”, the Tigris and Euphrates) for the region corresponding to modern-day Iraq and parts of Iran, Syria, and Turkey. It is considered the “cradle of civilization” for the many inventions and innovations which first appeared there c. 10,000 BCE through the 7th century CE. In the Pre-Pottery Neolithic Age, people gradually shifted from a hunter-gatherer paradigm to agrarianism, creating seasonal communities which became permanent during the Pottery Neolithic Age (c. 7000 BCE) and served as a basis for the development of cities during the Copper Age (5900-3200 BCE). This last era includes the Ubaid Period (c. 5000-4100 BCE) which saw the rise of the first temples (stepped towers known as ziggurats with a shrine at the top) and the creation of intricate art, ceramic work, and copper toolmaking.