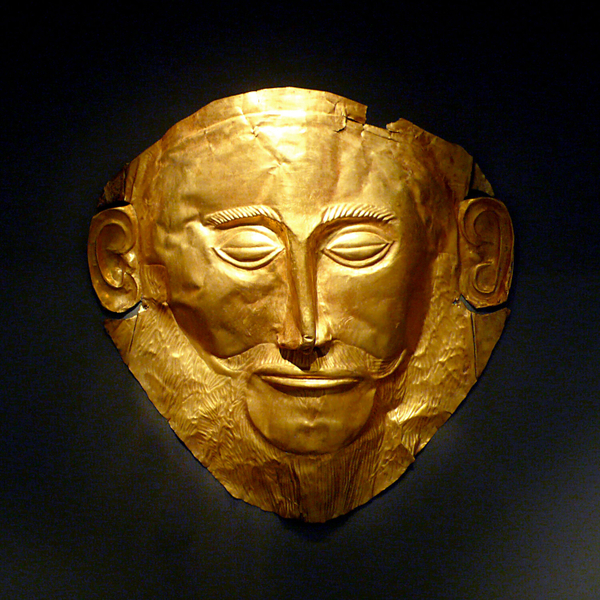 The Mycenaean civilization (c. 1700-1100 BCE) flourished in the Late Bronze Age, reaching its peak from the 15th to the 13th century BCE when it extended its influence not only throughout the Peloponnese in Greece but also across the Aegean, in particular, on Crete and the Cycladic islands. The Mycenaeans, named after their chief city of Mycenae in the Argolid of the northeast Peloponnese, were influenced by the earlier Minoan civilization (2000-1450 BCE) which had spread from its origins at Knossos, Crete to include the wider Aegean. Architecture, art and religious practices were assimilated and adapted to better express the perhaps more militaristic and austere Mycenaean culture. The Mycenaeans came to dominate most of mainland Greece and several islands, extending trade relations to other Bronze Age cultures in such places as Cyprus, the Levant, and Egypt. The culture made a lasting impression on later Greeks in the Archaic and Classical periods, most tangibly in their myths of Bronze Age heroes like Achilles and Odysseus and their exploits in the Trojan War.

Find our video on the Mycenaean Civilization on YouTube here -> https://www.youtube.com/watch?v=RZioHxDVCGE&t=137s

The music used in this recording is the intellectual copyright of Michael Levy, a prolific composer for the recreated lyres of antiquity, and used with the creator's permission. Michael Levy's music is available to stream at all the major digital music platforms. Find out more on: